My research group (that is, professor Gil Zussman‘s WimNet lab) has had a very good day today, at the Columbia University Electrical Engineering Department BBQ where this year’s graduate student awards were announced.

WimNet rocks! It feels incredible to be a part of such an awesome group.

Saleh and I with our award certificates: 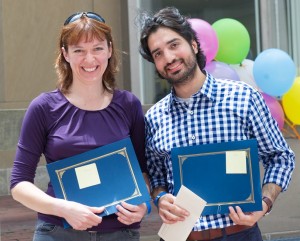 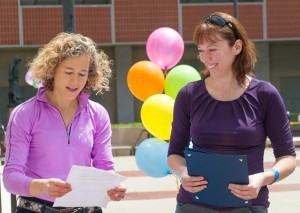