The Nationals, the first ones for me, are an experience to be savored. 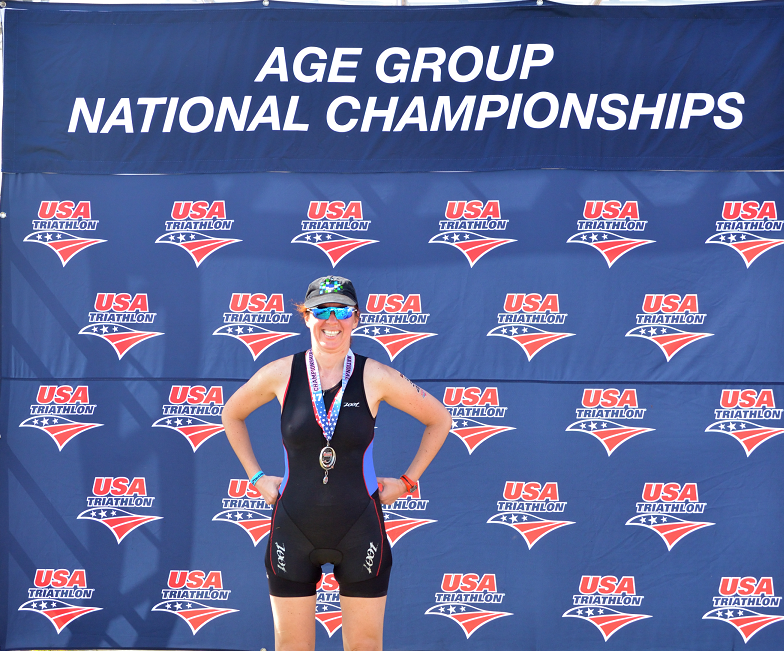 There is a sense of achievement in getting to this race — I’ve worked towards this qualifying-only race for 5 years, after all. 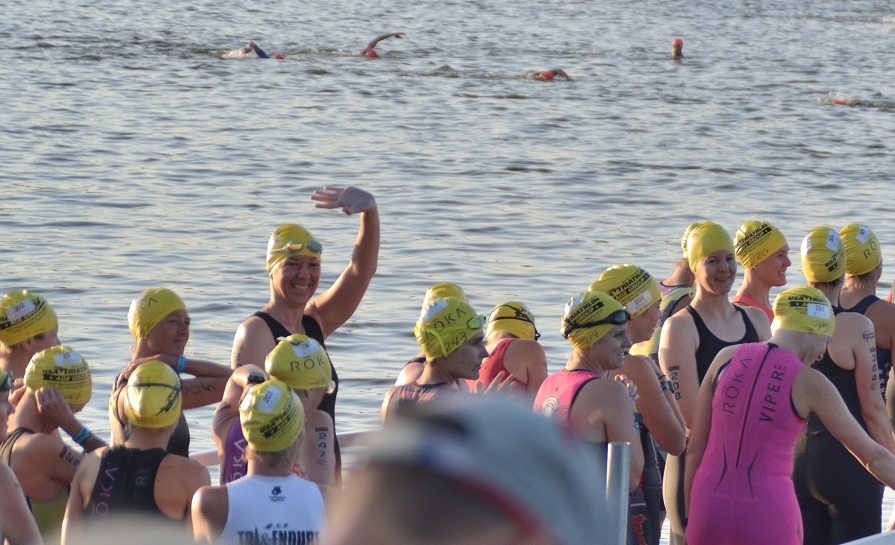 On the race start pontoon, surrounded by the other women in my age group.

There is a sense of camaraderie, in this nation-wide gathering of people who are dedicated to the sport. Omaha World-Herald quoted USA Triathlon president saying, about this race, “Everybody who toes the line here is part of a community of health and wellness.”  The sense of the community at the nationals is powerful and overwhelming. We all absorb chlorine week in and week out and throw ourselves in bodies of open water of different temperatures, ickiness, and chop. All of ours’ legs feel like steel early in the run of a brick workout. We all wake up early to train, and even earlier to race.

We descended on Omaha, Nebraska, for this fabulous 3-day celebration, worrying about the road conditions and the water temperatures, and showing off our most prized race T-shirts.

The competition was truly national-level. Having finished a major NYC race in the top 10% of my age group a mere month ago, in this race I could not break the top 80%. ( No statistical wonder here: to be competitive on the national level, you’d need to be among the top 3 finishers in a metropolitan area. ) I am not nationally competitive — not yet.

Competing in a national competition: scratched off my bucket list. To think about it — competing on a national level, at a hobby I did not pick up until long after college. I was a couch potato up until my mid-20s — I never thought I would be able to do anything like this. Yet here we are. How invigorating. And how confidence-defining. Few things in life are as confidence-building as achieving something you’ve been after for several years, then looking back and realizing that what you’ve achieved you did not think as possible for yourself less than a decade ago.

This entry was posted in Achievement, Races, Sports, Travel, Triathlon. Bookmark the permalink.